I Drank Life to the foam 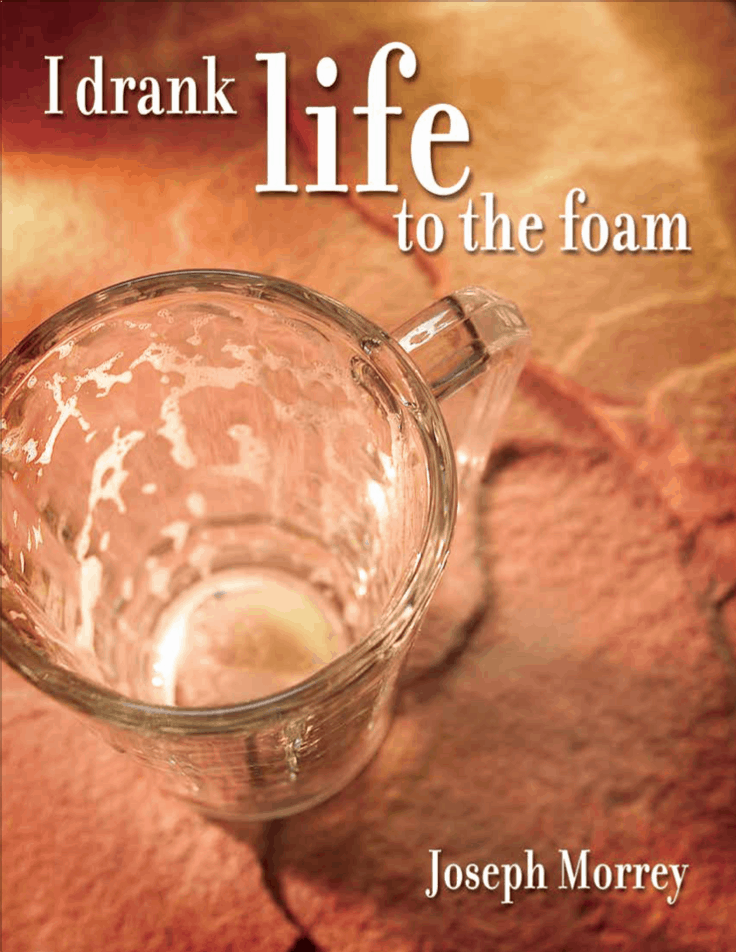 “Beer…means good times, laughs, and good relations.”
“I wanted distributors who were hungrier than the successful ones.”
“I was having fun. It was a thrill of the hunt. The district managers for our competitors…weren’t hands on. They didn’t do the legwork. My style was to get right in the trenches, working the bars themselves. I wanted to know exactly how the entire operation ticked. I was doing my job.”

An excerpt from the Hot off the Hops August 1992 Issue 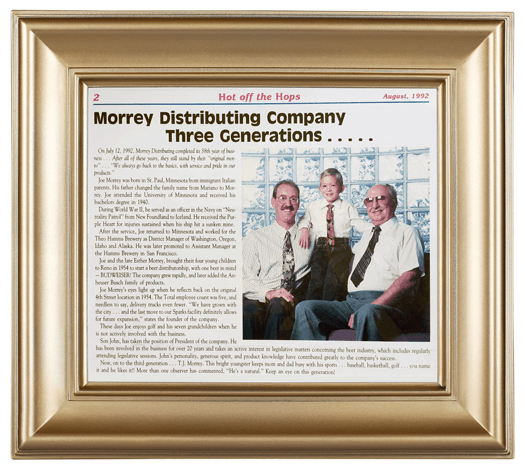 On July 12, 1992, Morrey Distributing completed its 38th year of business. After all these years, they still stand by their “original motto”… “We always go back to the basics, with service and pride in our products.”

Joe Morrey was born in St. Paul, Minnesota from immigrant Italian parents. His father changed the family name from Mariano To Morrey. Joe attended the University of Minnesota and received his bachelors degree in 1940. During World War II, he served as an officer in the Navy on “Neutrality Patrol” from Newfoundland to Iceland. He received a Purple Heart for injuries sustained when his ship hit a sunken mine.

After the service, Joe returned to Minnesota and worked for the Theo Hamm’s Brewery as district manager of Washington, Oregon, Idaho and Alaska and was later promoted to assistant manager at the Hamm’s Brewery in San Francisco.

Joe and the late Esther Morrey, brought their four young children to Reno in 1954 to start a beer distributorship, with one beer in mind – Budweiser! The company grew rapidly, and later added the Anheuser-Busch family of products.

Joe Morrey’s eyes light up when he reflects back on the original 4th Street location in 1954. The total employee count was five, and needless to say, delivery trucks even fewer. “We have grown with the city… And the last move to our Sparks facility definitely allows for future expansion,” states the founder of the company.

These days Joe enjoys golf and his seven grandchildren when he’s not actively involved with the business. Son John, has taken the position of President of the company. He has been involved in the business for over 20 years and takes an active interest in legislative matters concerning the beer industry, which includes regularly attending legislative sessions. John’s personality, generous spirit, and product knowledge have contributed greatly to the company’s success.

Now, on to the third generation… T.J. Morrey. This bright youngster keeps mom and dad busy with his sports… Baseball, basketball, golf… You name it and he likes it! More than one observer has commented, “He’s a natural.” Keep an eye on this generation!